A voyage of discovery through a world of innovative and inspirational mathematical resources for 3 to 11-year-old mathematicians, their teachers and their parents.

Resources for unlimited
use at home 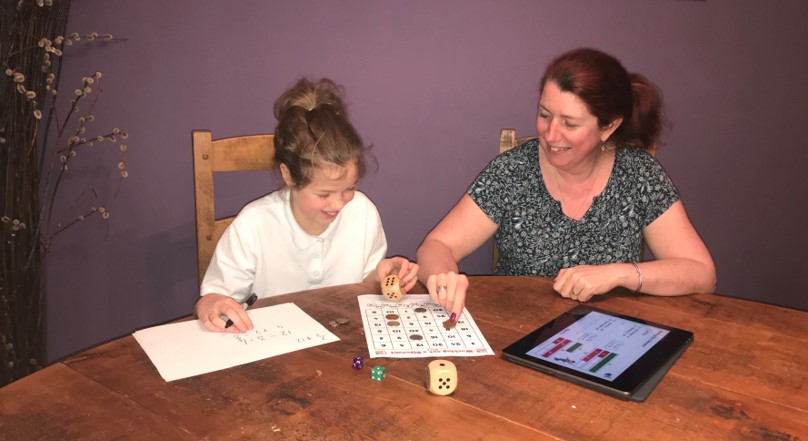 Resources for individual
classroom use 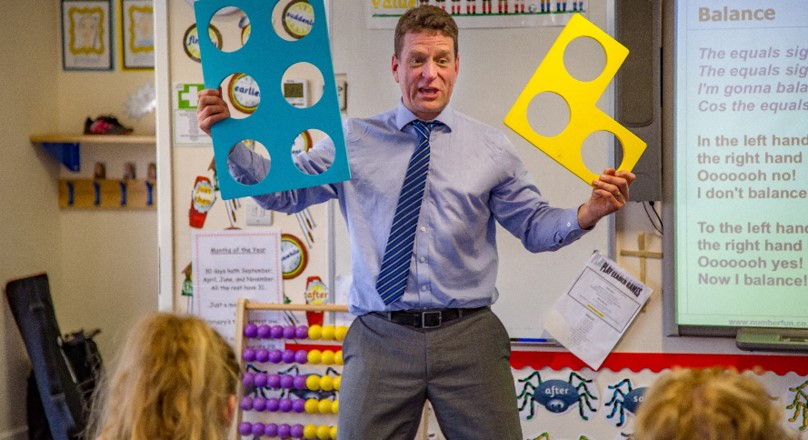 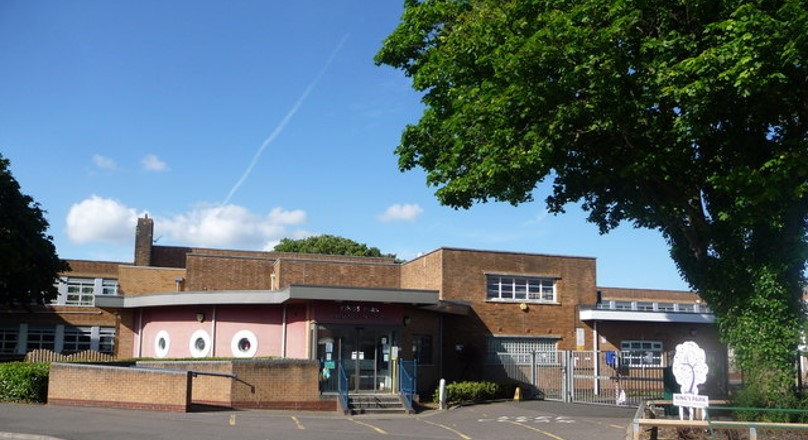 The Number Fun Portal is the creation of Dave Godfrey, specialist primary mathematics consultant. The songs and activities in the Portal have been battle-tested in the classroom for over 20 years.

This is Dave’s story…

By 1998, Dave had taught children across Key Stage 2 (7-11) and, in his third job, children between the ages of 4 to 7.  That year, he was asked to review a set of maths-linked assembly ideas for primary schools to be published in conjunction with the Government sponsored Maths 2000 project. The ideas were good, but something was missing – songs!

Dave had just started writing songs and was becoming convinced of their importance in the primary school.  His feedback led to him being commissioned to write a set of songs to accompany the pack.  These were published in early 2000 under the title of ‘On the Shoulders of Giants’ to a great reception.

He kept writing, and then in 2001 Dave presented his first Number Fun learning songs to a conference of mathematics consultants from across the North of England.  Their enthusiastic reception led to opportunities to share and train teachers across the many parts of England in the use of songs as a tool for learning.  In 2003 Dave invested his life savings to publish the first of 8 Number Fun Song Resource Packs and, before long, Number Fun songs began to be sung in schools across England and abroad.  Over the coming years, Dave travelled extensively to train and equip teachers and to present his material.  In 2010 Dave completed a master’s degree exploring the power of Number Fun as a tool for change.

In 2011 Dave returned to classroom teaching.  He was determined to explore how Number Fun could engage children in learning, raise achievement and boost confidence in mathematics.  Number Fun proved to be an instant hit with the children and his class were constantly asking to use Number Fun more in lessons.  From his understanding, there were two reasons for this: firstly, they really enjoyed the active, fun-filled and creative way of learning mathematics; secondly, they were finding the story characters and context driven approach helpful for developing their mathematical understanding.  Confidence and mathematical progress followed.

Having established the power of Number Fun, Dave decided to return to work as an independent mathematics consultant – just as the 2013 National Curriculum in England was being implemented.

After training as a PD Lead with NCETM, he took his understanding of the Mastery approach and applied it to the world of Number Fun.  By the summer of 2018, and after writing over 200 maths songs, he was beginning to wonder how he could maximise the reach and power of Number Fun to both teachers and parents.  An unexpected meeting with Rob Smith, from the extremely popular Literacy Shed website, answered that question and the Number Fun Portal project was born.

The following 12 months were spent creating new video presentations for each Number Fun song, recording a set of new songs and in the writing of new and updated ideas packs for teachers and parents.  In September 2019, the Number Fun Teacher Portal was launched, which was followed, in January 2020, by the Number Fun Parent Portal.

Dave continues to travel extensively to support schools, and to train and equip teachers in all aspects of mathematics within his consultancy work.  He also continues to write and record new Number Fun songs and their accompanying materials.  Dave’s aim is to create dynamic and engaging material for each key objective encountered by 3 to 11-year-old mathematicians.  He’s well on the way to completing that challenge!

Number Fun is Dave’s unique contribution to the world of mathematics.   We hope you find the contents of this portal to be powerful for the teaching and learning of mathematics.